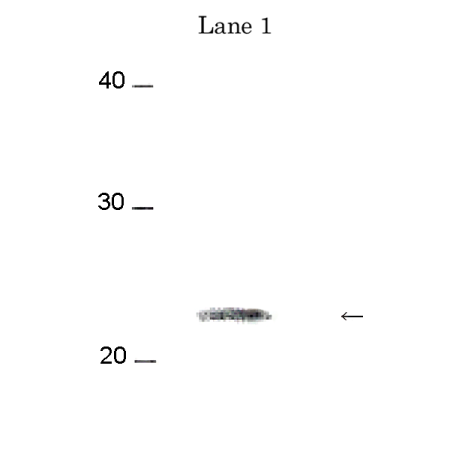 Heterochromatin protein 1 (HP1) is a major component of heterochromatin and plays a role in assembly of various proteins on chromatin and gene silencing. The HP1 family is evolutionally conserved, with members in fungi, plants and animals but not prokaryotes, and there are multiple members within the same species. The HP1 family proteins are encoded by a class of genes known as the chromobox (CBX) genes. In humans, HP1α is encoded by the Chromobox homolog 5 (CBX5) gene located on chromosome 12q13.13. HP1α has been observed to interact directly or indirectly with several non-histone proteins with a wide variety of functions (1).

The product is prepared by immunizing rabbit with the synthetic peptide CEDAENKEKETAKS corresponding to the amino acid sequence 179-191 of human HP1α and purified by affinity purification with the peptide. The antiserum was prepared by the direction of Prof. T. Haraguchi. 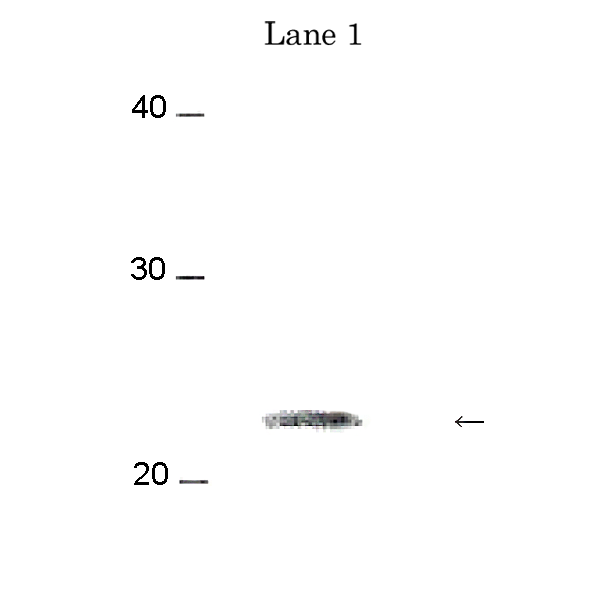 Fig. Detection of HP1α protein by Western blotting. Lane 1: Crude extract of MCF7 cells The antiserum was diluted 1,000 fold before use.