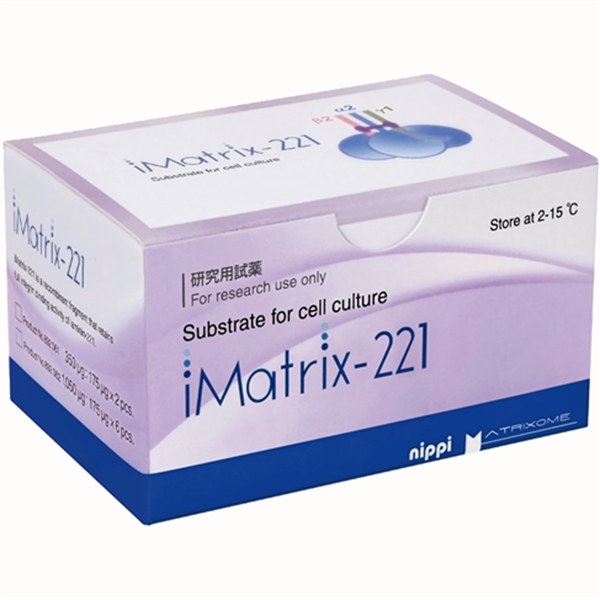 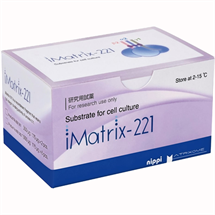 The Biology behind the Technology 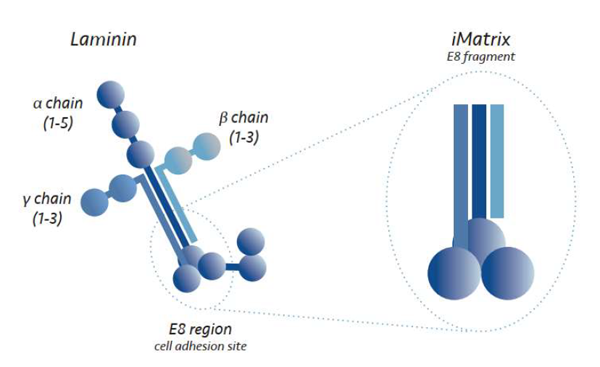 Laminins are an essential component of the extracellular matrix and make up a large portion of the basement membrane. They support and regulate cell growth, motility and differentiation.  Laminins are trimeric proteins made up of a, /3 and y chains and the nomenclature of the different isoforms is based on the type of chain that it contains.

Of note, lamimin 511 is expressed during embryogenesis and research by Professor Kiyotoshi Sekiguchi at Osaka University in Japan has unveiled that the cellular adhesion site is located in what is named the E8 region. Through his work, it was also found that the laminin E8 fragment provided superior performance as a substrate compared to full-length laminin.

Combination of laminins and cell type in vivo 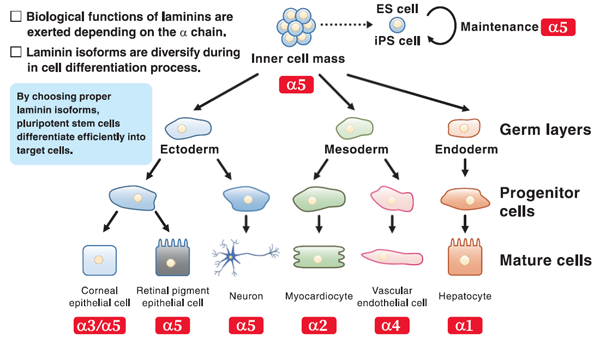 Laminin is one of the extra cellular matrixes (ECM) located in the basement membrane of animals, and play an important role for cell adhesion and proliferation. Laminin is composed of three parts ; alpha, beta, and gamma chain, and 15 types of laminin has been already known.

iMatrix 221 is a useful cell culture substrate for proliferation and differentiation of cardiomyocytes and skeletal muscule cells. This is a recombinant human laminin 221 E8 fragment protein which contains the integrin binding site of the laminin 221 molecule.