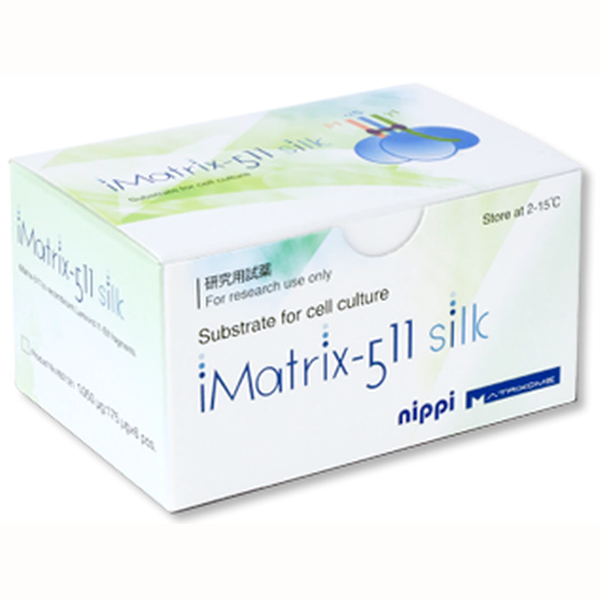 iMatrix-511 (Laminin-511 E8) is beneficial for your stem cell culture!

iMatrix-511, is the recombinant human Laminin-511 E8 fragment, produced by CHO-S cells and it can reduce the risk of the xeno-components contamination in the culture. Handling is very easy - just dilute in PBS(-), coat it in the culture dish or plate and incubate at room temparature for 3 hours or at 4°C over night. 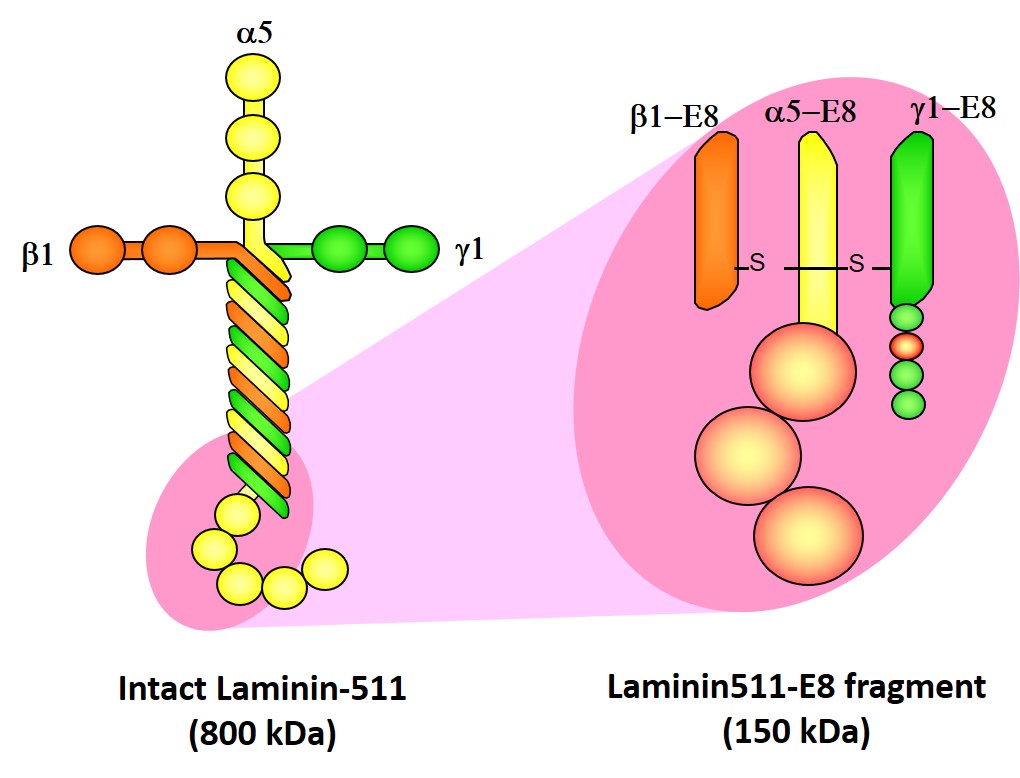 Laminin is one of the extra cellular matrix (ECM)s located in the basement membrane of animals, and play an important role for cell adhesion and proliferation.

Laminin is composed of three parts ; alpha, beta, and gamma - chain and 15 types of laminin is already known. Among them, Laminin composed by Alpha5-chain, Beta1-chain, and Gamma1-chain, is called "Laminin-511".
Laminin-511 is recognized by alpha6beta1 integrin. Cell adhision, extension and proliferation is caused by many cell signalings through intergrin.

Laminin-511 E8 is the fragment of Laminin-511 obtained by enzyme digestion.
Although this is fragment, it has binding ability to alpha6beta1 integrin.
According to Miyazaki's report ( Nat. Commun. 3, 1236 (2012)), Laminin-511 E8 could be used for cell culture of ES cells and iPS cells. 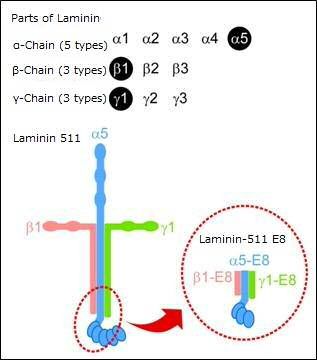 To date, mouse feeder cells or matrigel have been used for the culture of iPS cells and ES cells.
However, these cell culture substrates have a risk to bring xeno-components in the culture condition so this was said one of the problems for future medical and clinical application.

iMartix can be used for not only stem cells, but various cells, like epidermal cells, vascular endothelial cells. 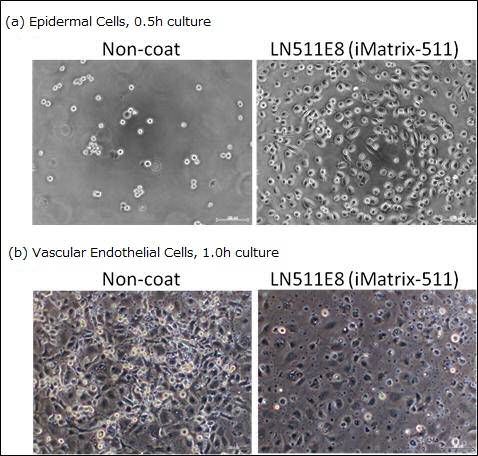 Fig. Human Epidemal Cells and Vascular Endothelical Cells cultured on iMartix-511.
More efficient adhesion and extension can be seen when cultured on iMatrix-511.

Human recombinant Laminin-511 E8 with the same functions and performance as those of iMatrix-511.
Newly launched at competitive price.

This product is purified from silkworm cocoon in which genes of human Laminin-511 E8 fragment is incorporated. With equal integrin-binding activity as iMatrix-511 produced by CHO-S cells, this product can be used for producing and maintaining cultures of iPS cells.
Highly productive transgenic silkworms makes recombinant laminin fragment at competitive price. With uncoated pre-mix method, the price is comparable to those of Matrigel and vitronectin. 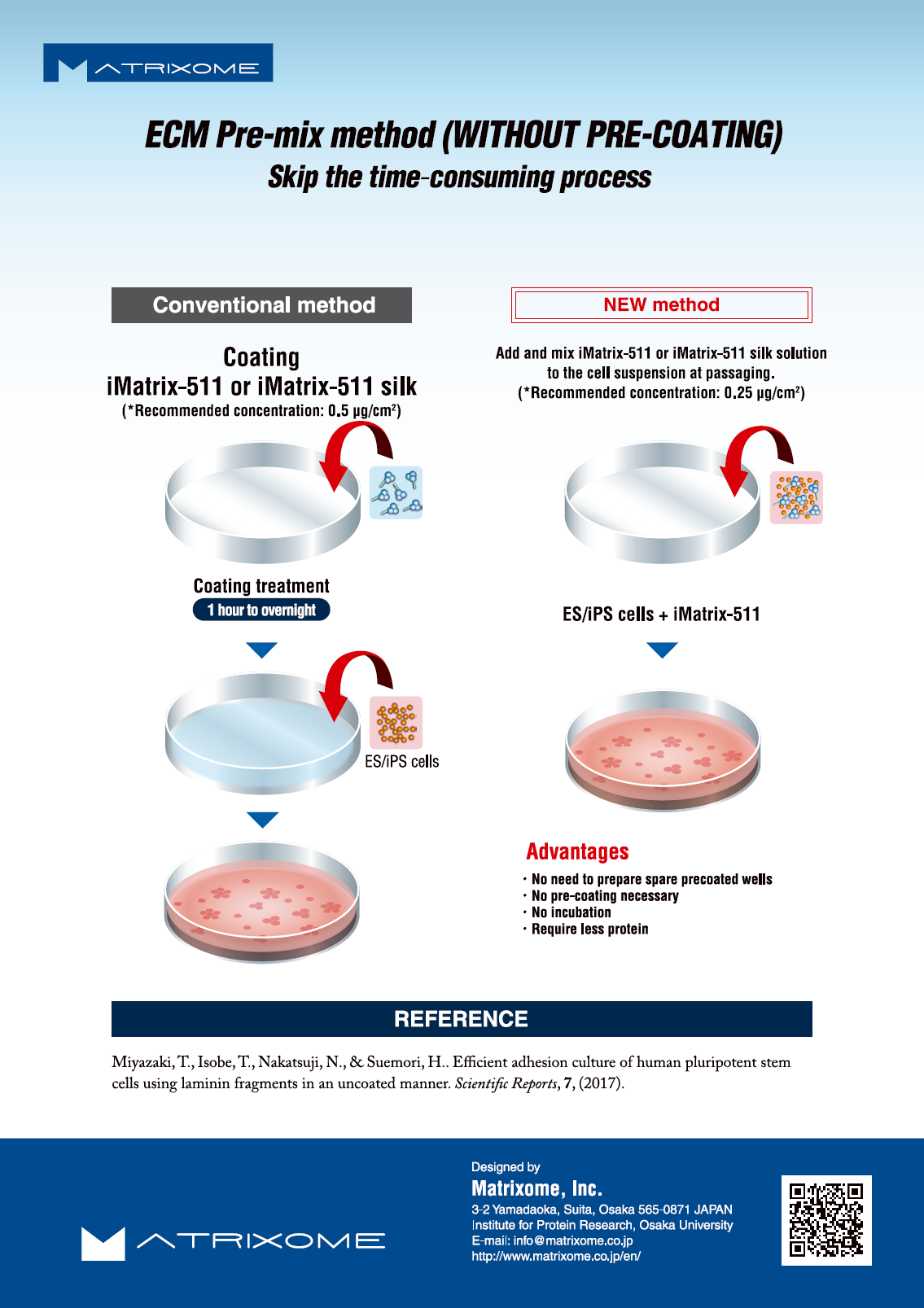 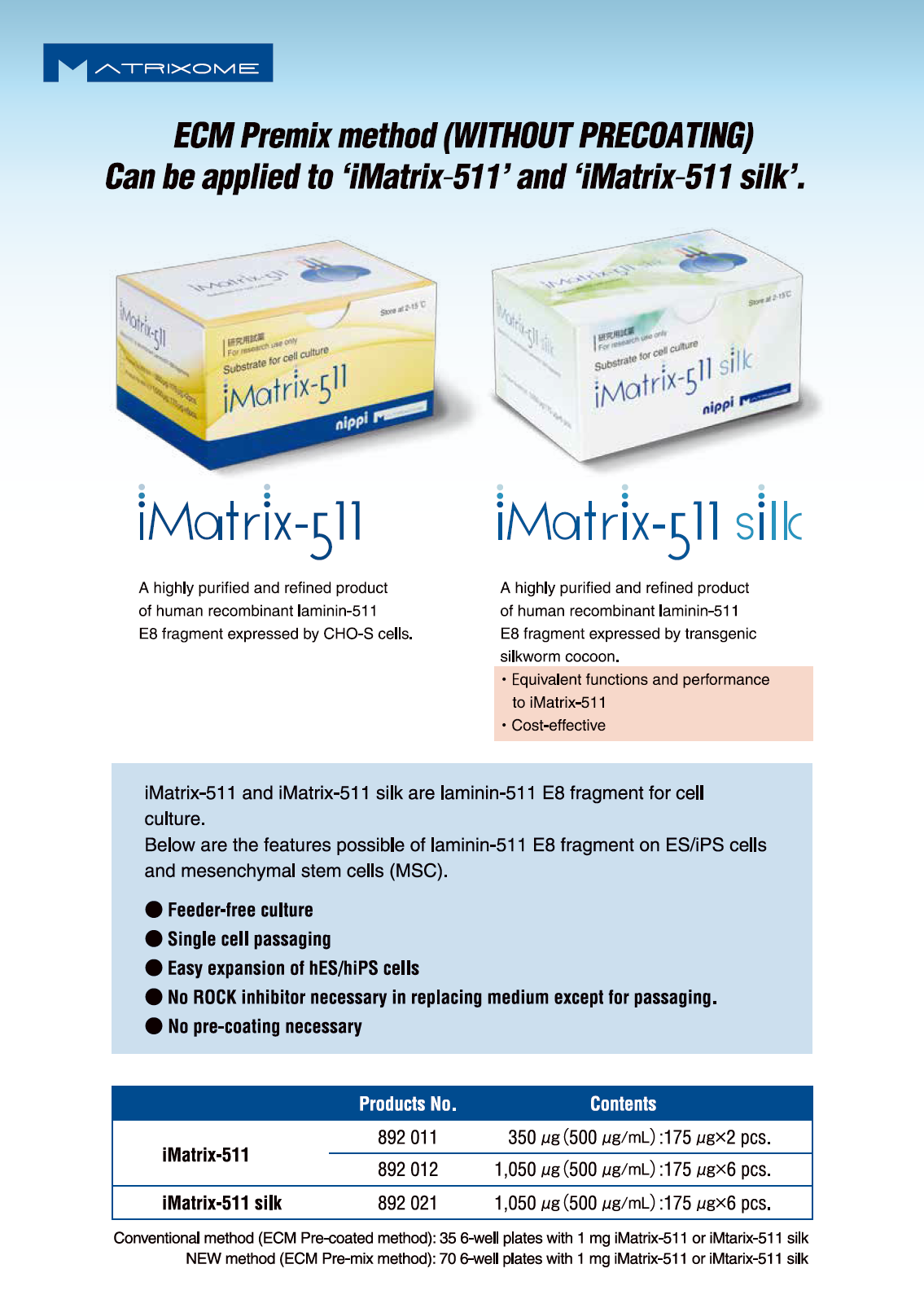 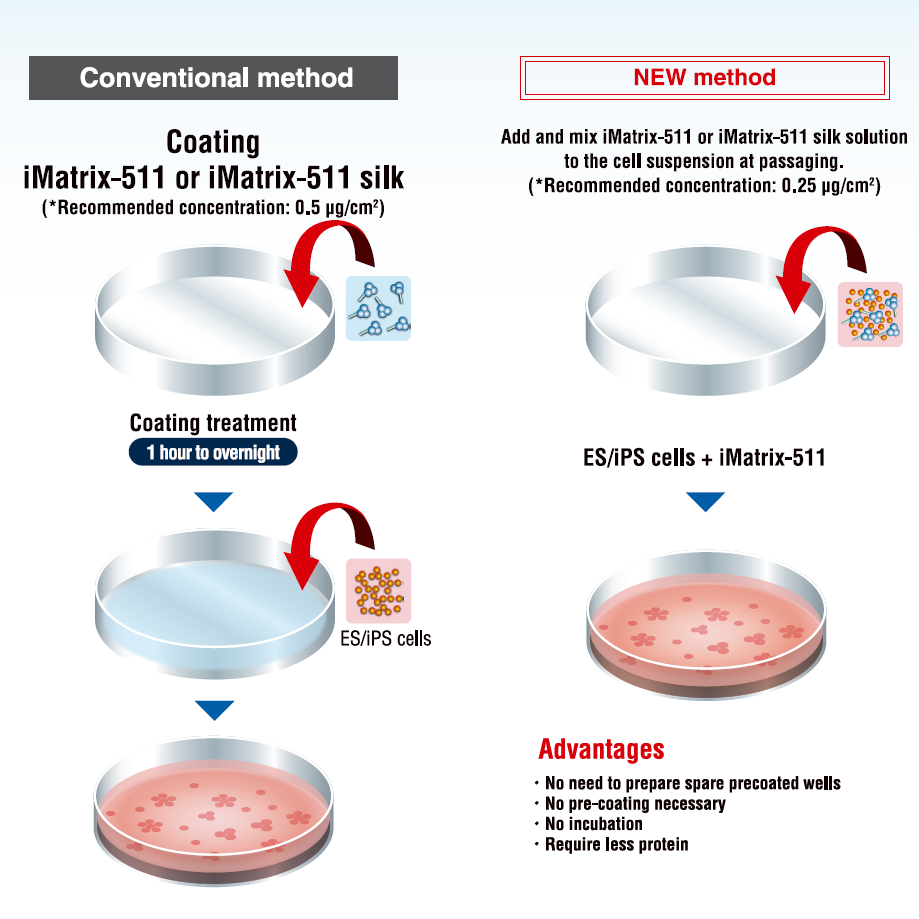