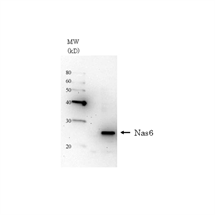 The 26 S proteasome is a protein complex with a molecular mass of 2,000 kDa. It is essential not only for eliminating damaged or misfolded proteins but also for degrading short lived regulatory proteins involved in cell cycle regulation, DNA repair, signal transduction, apoptosis, and metabolic regulation (1). The 26S proteasome is composed of the 20S core particle (CP) and the 19S regulatory particle (RP). The RP is further subdivided into lid and base sub-complexes. NAS6 (p28) is a proteasome-interacting protein which acts as a chaperon to assemble the base sub-complex of the 19S RP (2). NAS6 is composed of 226 amino acid residues with calculated molecular masses of 24.4kD (3). 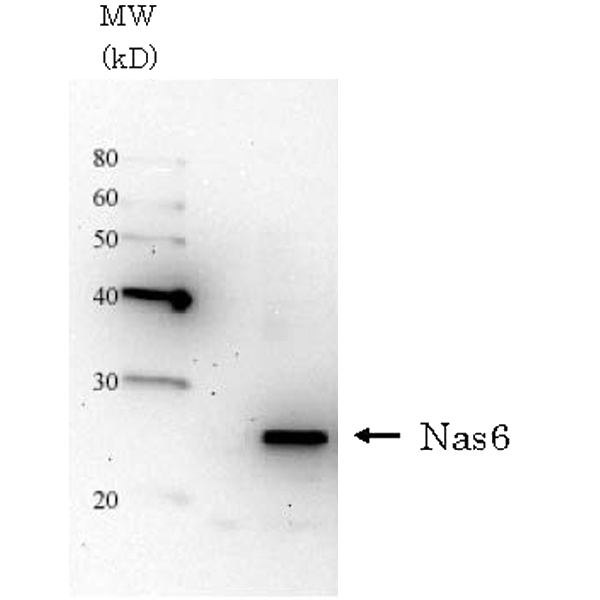 Fig.1 Detection of Nas6 in the crude extract of S. cerevisiae by Western blotting using this antibody. 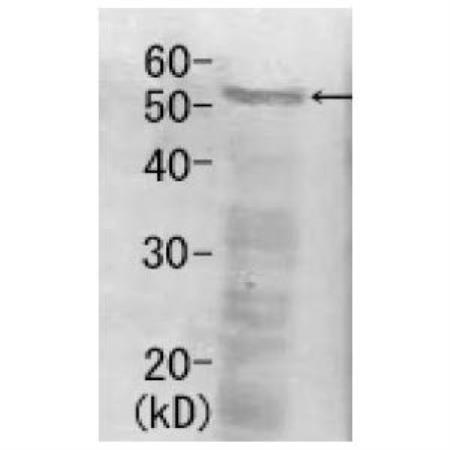 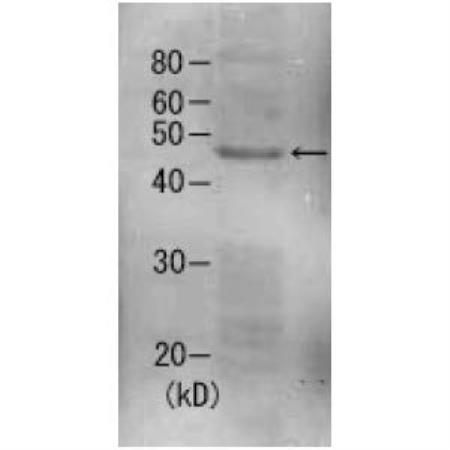 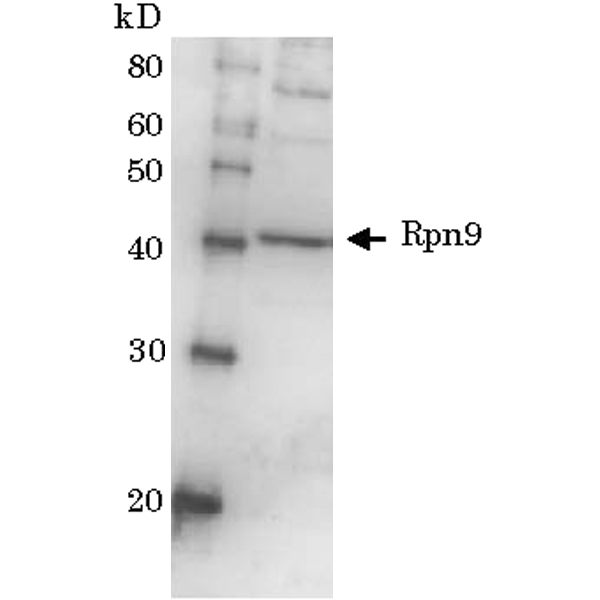 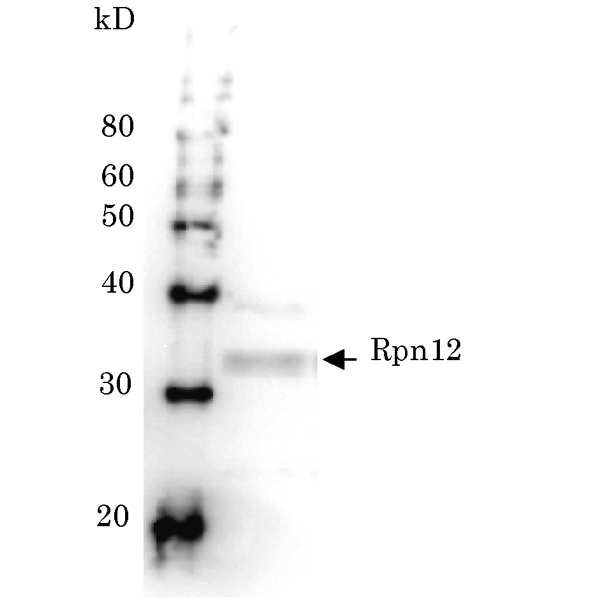 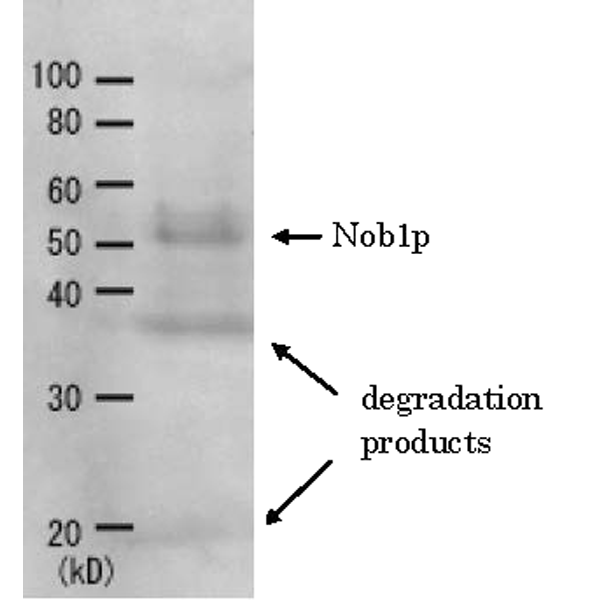