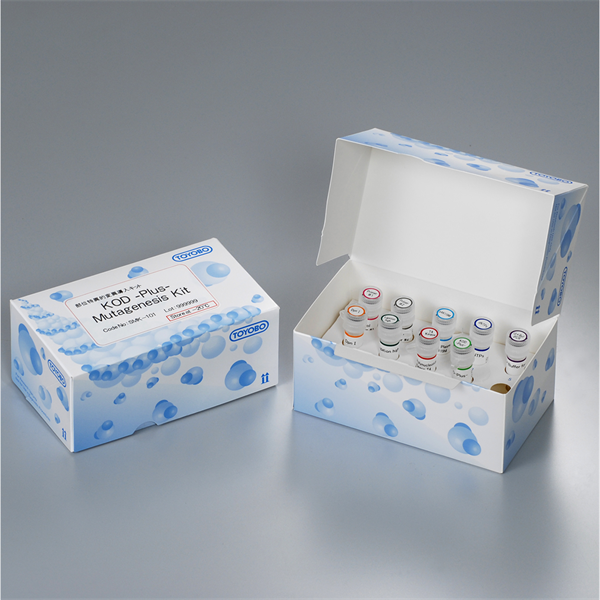 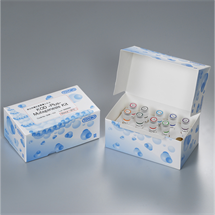 This kit enables not only the introduction of point mutations, but also the introduction of large insertions and deletions. The PCR fidelity of KOD-Plus- is greater than Taq DNA polymerase (ca. 80-fold); therefore, unexpected, 2nd-site mutations can be reduced. PCR reactions can be performed using standard PCR primers and do not require phosphorylated primers, because this protocol contains a 'Phosphorylation Step' of PCR products.


Example 1. Comparison of the efficiency on deletion and insertion experiments

A 90 bp DNA sequence was deleted from a plasmid carrying FLJ32066 gene (7.3 kb) using KOD -Plus- Mutagenesis Kit [Code No. SMK-101] and compared with a kit from an alternative company (company A). In parallel, 18 bp-DNA cording a 6×His-tag sequence was inserted into the plasmid. As shown in Tables 1 and 2, the expected mutants were successfully obtained using the KOD -Plus- Mutagenesis Kit.

A 2,000 bp region in the plasmids from mutated clones was obtained from a control reaction (8 cycles) using Control plasmid (4.3 kb), Control primer #1, and Control primer #2 attached with KOD -Plus- Mutagenesis Kit [Code No. SMK-101] were sequenced. As shown in Table 1, the number of unexpected mutations was found to be approximately 1 base per 48,000 bases.