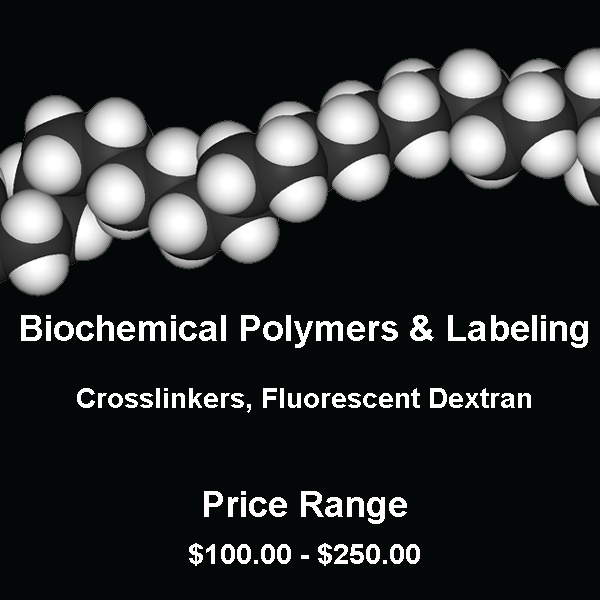 The optimal labeling condition for biomolecules is to achieve an appropriate degree of conjugation ratio yet to retain the important functionality of the original biomolecules such as binding affinity, activatory or inhibitory activity, solubility and biological membrane permeability. The high-number of labeling often causes conjugated biomolecule to precipitate out of solution or to lose its functional properties, thus the degree of labeling should be determined from experimental optimization process. There are two major types of reactive dyes: amine-reactive dye and thiol-reactive dye. The primary target of amine-reactive probes at protein is lysine residue, and thiol residue is the main target for thiol-reactive probes. In mammalian proteins, the occurrence frequency of lysine residue is 7.2% and that of thiol is 3.3%.

Amino-labeling is the widely utilized method to conjugate proteins, peptides, oligonucleotides and other biomolecules with dyes. Amine-reactive dyes might be used to prepare bioconjugates for fluorescent analog cytochemistry, immunochemistry, cell tracing, receptor labeling, FITC, etc. The primary target for amine-reactive probe is lysine residue, which has the fifth highest occurrence frequency of the 20 natural amino acids in mammalian proteins. A typical IgG antibody has about 90 lysine residues, and the maximum number of labeling will be around 30 residues with excess amount of reagent and prolonged incubation. However, maintaining functional properties requires the degree of labeling less than 10 dyes per antibody. BioActs provides three major classes (NHS, Sulfo-MHS and Vinylsulfone) of amine-reactive Flamma® Fluors dyes, and they can cover the entire spectral range from visible to NIR region.

Thiol-reactive dyes are mainly used for labeling proteins for the observation of conformational change, multi-subunit complexes assembly and ligand-binding processes. In proteins and peptides, the primary targets of thiol-reactive probes are cysteine residues. Unlike amine-labeling, the low abundance of cysteine residues enable to achieve saturated labeling without risk of conjugated protein precipitation and fluorescence self-quenching interactions. Thiols play a principal role in maintaining the appropriate oxidation–reduction state of proteins, cells and organisms, and they are easily oxidized to form disulfides. Thiols can also be generated by the reduction of cysteine disulfides with reducing agents such as dithiothreitol (DTT), 2-mercaptoethanol or tris-(2-carboxyethyl)phosphine (TCEP). However, the reducing process may cause to disrupt the tertiary structure of protein. Maleimide is a well-known reactive group that can specially label thiol of cysteine residue without interacting with amino functionality. In labeling process, thiol is added to the double bond of maleimide via 1,4-addition pathway to form thioether linkage. Maleimides apparently do not react with methionine, histidine or tyrosine, but they also react with amines in the strong basic environment. BioActs offers Flamma® Fluors maleimide series as thiol-reactive fluorescence dyes.

Click chemistry is a typical type of bioorthogonal reactions, which the reaction occurs inside of living systems yet without interfering with native biochemical processes. The most widely utilized click chemistry is 1,3-dipolar cycloaddition between an azide and an alkyne to produce 1,4-disubstituted 1,2,3-triazole. The triazole ring is stable under hydrolysis, oxidation or reduction, and it survives ionization process in mass spectrometry (MS) analysis. There are two types of 1,3-dipolar cycloaddition methods: copper(I)-catalyzed azide-alkyne cycloaddition (CuAAC) and strain-promoted azide-alkyne cycloaddition (SPAAC). BioActs offers Flamma® Fluors Alkyne dyes for CuAAC, Flamma® Fluors ADIBO products for SPAAC and Flamma® Fluors Azide dyes for both CuAAC and SPAAC.