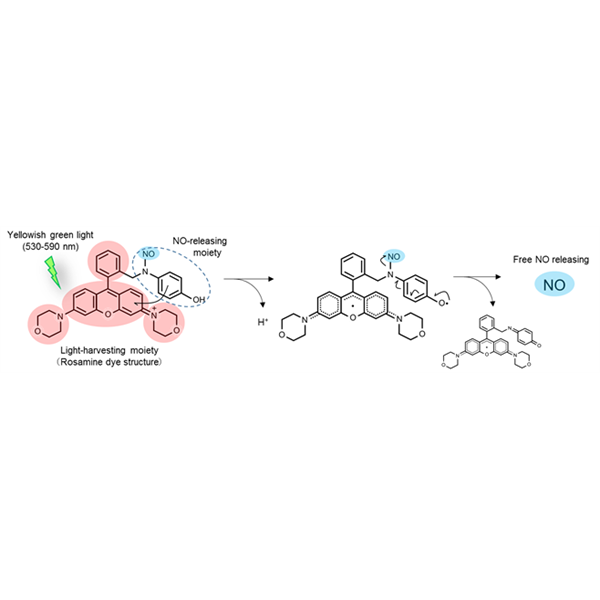 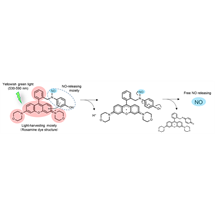 NO donor, controlled by visible light
Controllable NO Donor : NO-Rosa5

Nitric oxide (NO), a gaseous free radical, is one of the signaling molecules produced by NO synthases physiologically. NO plays a key role in a wide range of biological processes.
However, NO is extremely unstable in physiological condition, so it is difficult to handle NO molecule in biological experiments. This made all tough to analyze further function of NO in cells. To overcome this point, "NO donors" which are compounds releasing NO molecules in the aqueous buffers have been used in NO research. Although NO donors are valuable tools, NO donors are not controllable spatio-temporally.

This product has been commercialized with the support of Nagoya City University.

Product Background
Nitric oxide (NO), a gaseous free radical, is one of the signaling molecules produced by NO synthases physiologically. NO plays a key role in a wide range of biological processes, such as vasodilation, neurotransmission, platelet adhesion, inflammation. NO is extremely unstable in physiological pH and temperature and easily oxidized to nitrite and nitrate. Based on its instability in cells, NO only works very limited space (~100 ?m) from its origin and half time (t1/2) is estimated as only a few seconds. Although its biological importance, it is difficult to handle NO molecule in biological experiments. To investigate the effects of NO on various biological phenomena, synthetic “NO donors”, which are compounds releasing NO molecules, have been used. Many kind of NO donors including organic nitrates/nitrites, NO-coordinated metal ions, N-diazeniumdiolates (also called NONOates) and S-nitrosothiols, have been discovered and contributed to elucidating biological effects of NO molecule. However, these NO donors
generate NO molecules continuously over a period of time and homogenously in the experimental buffer. 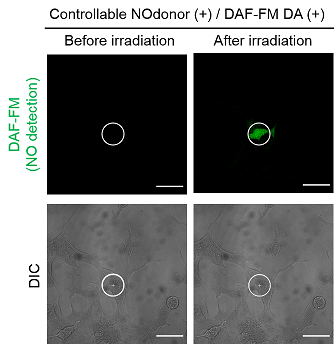 Fig.1 In cellullo region-specific NO generation with Controllable NOdonor
HEK293T cells were firstly treated with DAF-FM DA (10 uM) for 30 min. After washing, the cells were subsequently treated with 10 uM Controllable NOdonor for 60 min.
The dish was photoirradiated inside the indicated white circle (r=31 um) using a 543 nm laser of confocal microscopy.
Left: before irradiation, Right: after irradiation.
Only inside the white circle, NO was detected. (scale bar = 40 um)

Related products: Oxidative Stress
Acrolein is one of the most toxic oxidative stress marker and AcroleinRED is the world first cell-based acrolein detection reagent. Only addition of AcroleinRED to medium of cultured cells enable to visualized cellular acrolein.As

Data example
Observation of oxidative stress-induced acrolein production HUVECs were pretreated with 0-1000 ?M H2O2 for 2 hours and subsequently treated with 10 ?M AcroleinRED for 30 min. Right after labeling, cells were washed, stained with hoechest and observed under live cell condition. In the absence of H2O2, the acrolein endogenously produced by HUVECs could be observed. Intracellular TAMRA signals were increased in the H2O2 dose-dependent manner compared with the endogenous acrolein level.

Data example
Polyamine imaging in both cancer and non-cancer cells by PolyamineRED Three cancer cell lines (MCF7, MDA-MB231 and SK-BR-3) and two non-cancer cells (MCF10A and human lymphocyte) were treated with 30 µM of PolyamineRED for 10 min. After incubation, cells were washed three times by PBS, followed by DAPI staining and formalin fixation. 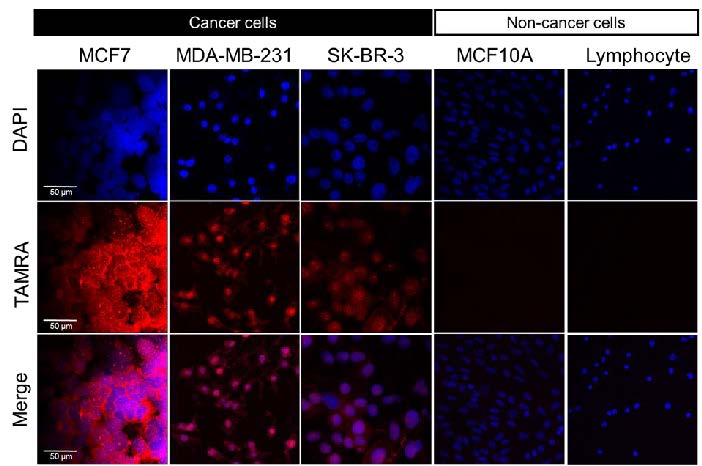 DNs-Rh is a novel fluorescent probe for monitoring pan-GST activity both in cell or in vitro. DNs-Rh releases
green fluorophore rhodamine 110 upon GST activities. This probe has cell-permeability and can detect
intracellular GST activity.

Features
CNBSF is a novel GST inhibitor which irreversibly blocks GST enzymes. CNBSF has membrane-permeability
and can be applied into live cell experiments.

Features
Data example
Monitoring intracellular GST activity in live cells
HeLa cells were treated with 2.5 µM of DNs-Rh for 30 min. In the case of addition of CNBSF, cells were pre-treated
with 1 mM CNBSF for 15 min prior to DNs-Rh addition. After DNs-Rh incubation, the cells were washed and
observed fluorescent microscopy (Ex. 480 nm/Em. 535 nm). 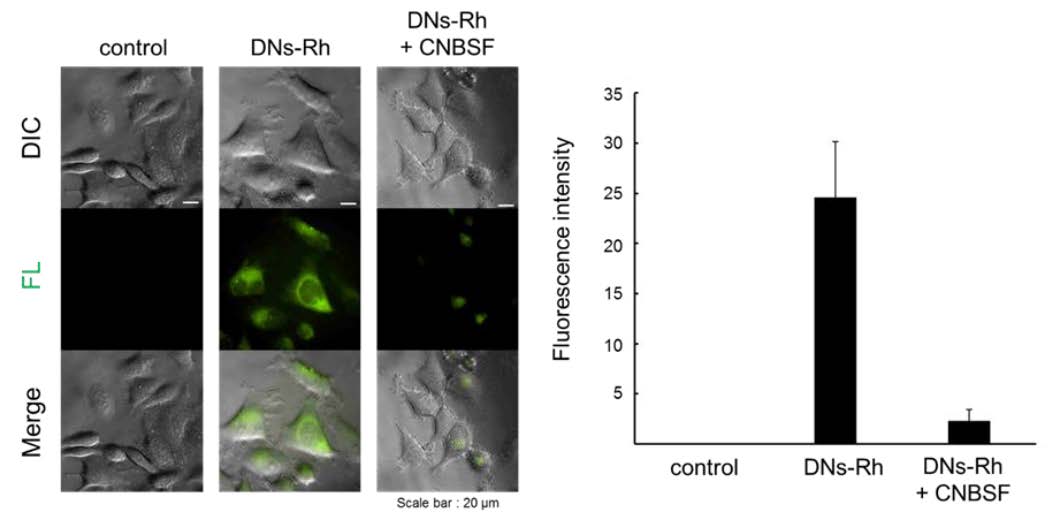 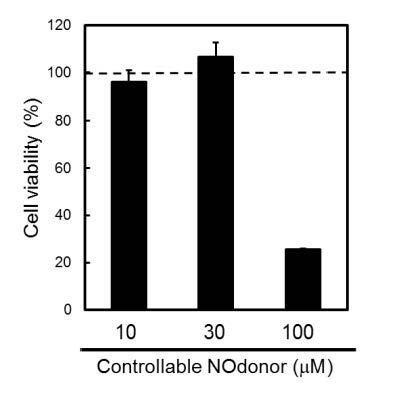 Light-induced NO releasing in cultured cells
HEK293T cells were firstly treated DAF-FM DA (10 µM), a NO detection reagent, for 30 min. After wash cells with PBS two times, the cells were subsequently treated with 10 µM Controllable NOdonor for 30 min. The cells were irradiated with a MAX-303 (Asahi Spectra) equipped with a 530-590 nm band-pass filter (light intensity: 146 mW/cm2) for 15 min. Observed the cells under a confocal fluorescence microscopy (Ex. 500 nm /Em. 515 nm for DAF-FM reagent). (scale bar = 40 µm) 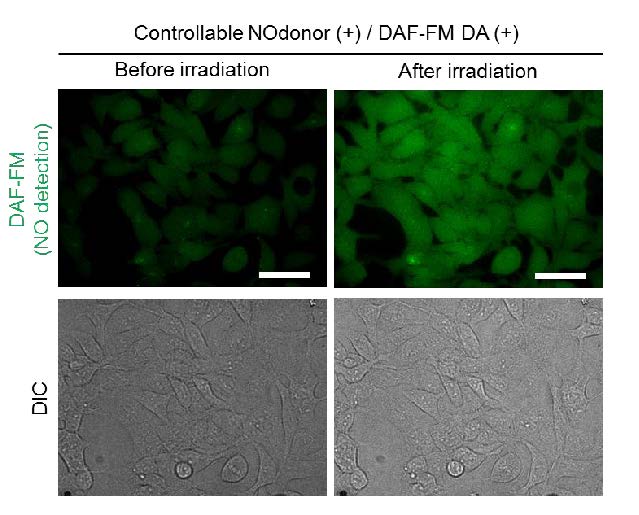 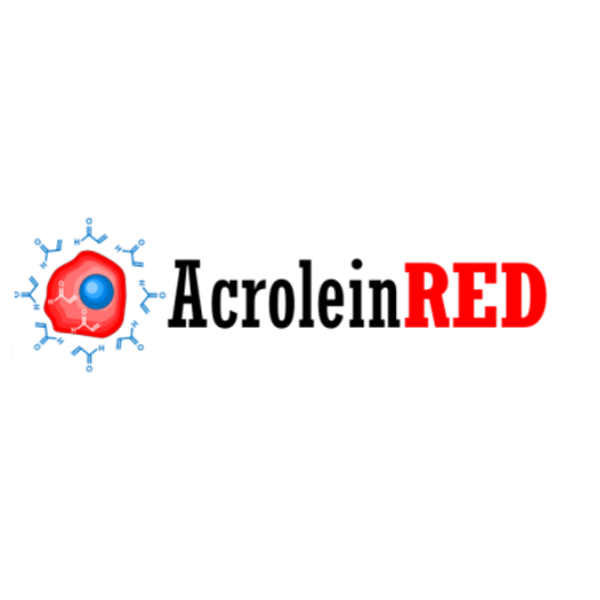 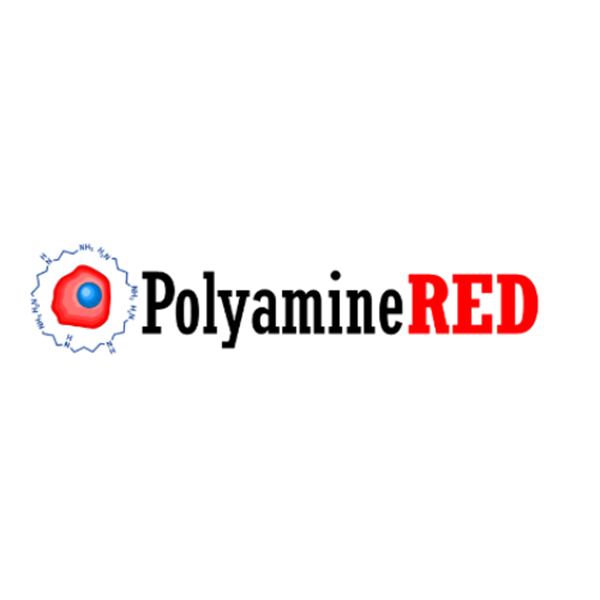 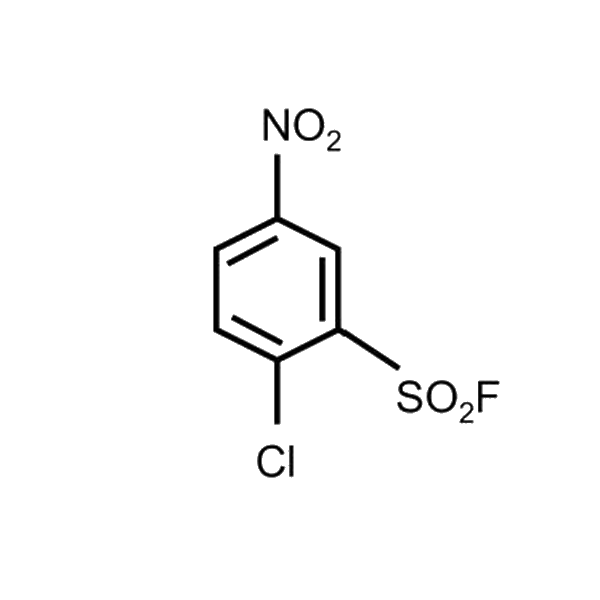