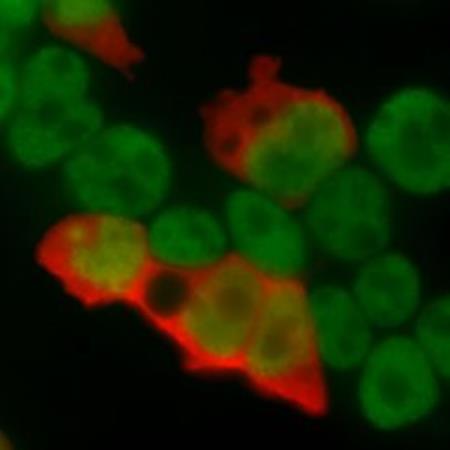 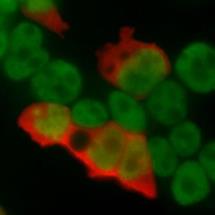 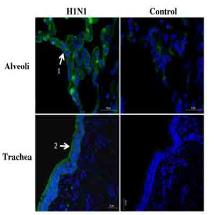 
Description
Influenza virus is an RNA virus, which causes influenza, and belongs to the family Orthomyxoviridae. Influenza virus is classified into three different genera, influenzavirus A, B, and C. They all have similar structures and compositions. The virions are 80-100nm in diameter and usually roughly spherical. The outer surface of the virion is made of a viral envelope containing two major glycoproteins, hemagglutinin (HA) and neuraminidase (NA). Influenzavirus A is further classified into subtypes based on the surface glycoproteins, HA and NA. Currently, there are 16 HA and 9 NA subtypes. The central core of the virion contains the viral RNA genome, which is packaged in the form of ribonucleoprotein complexes.

Influenza virus nucleoprotein (NP) is a major component of the ribonucleoprotein complex and is abundantly expressed during the course of infection. It is a structural protein, which encapsidates the negative strand viral RNA and is essential for RNA transcription, replication and packaging. NP binds the PB1 and PB2 subunits of the viral RNA polymerase and the matrix protein M1, in addition to its binding to ssRNA. NP is also known to interact with variety of other macromolecules of both viral and cellular origins, and these interactions have been shown to be essential for the viral lifecycle.

References
This antibody was described and used in the following references.