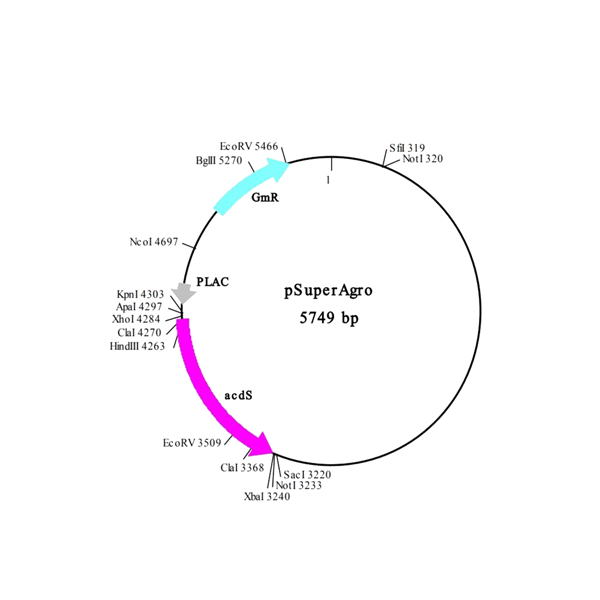 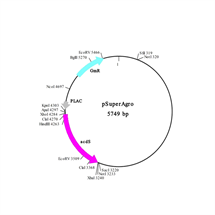 It is a plasmid that improves the transformation efficiency of plants by Agrobacterium method by introducing into Agrobacterium. This plasmid does not transfer to plants but remains in Agrobacterium.


Feature
* There is a difference in the degree of effect depending on the plant species.
Form
10mM Tris-HCl (pH 7.4), 1mM EDTA
how to use ※We recommend selection of Agrobacterium by gentamycin at 50µg/mL for agar plate, 20µg/mL for liquid medium.
.
Reference