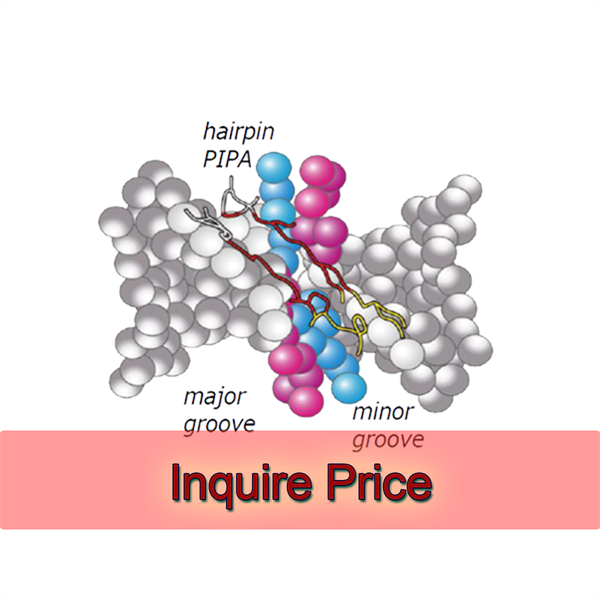 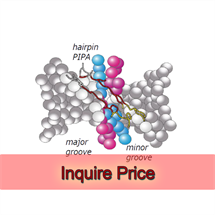 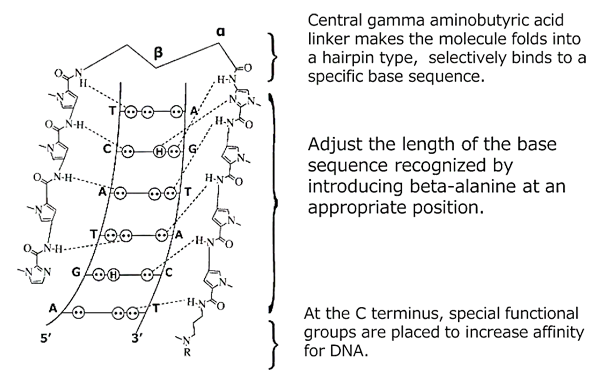 PIPA can bind to specific nucleotide sequences in the minor groove of double-helical DNA with high affinity and specificity, suggesting that PIPA blocks binding of transcription factors inhibiting gene expression, thus PIPA can be used for gene-control.

Binding site specificity is dependent on the side-by-side pairing of Py and Im and gives a hairpin motif.

PIPA are generally difficult to prepare, since they may possess structures during assembly, which involves complicated reaction procedures with many steps and the characteristics of Py and Im as building blocks are not simple with respect to stability and solubility.